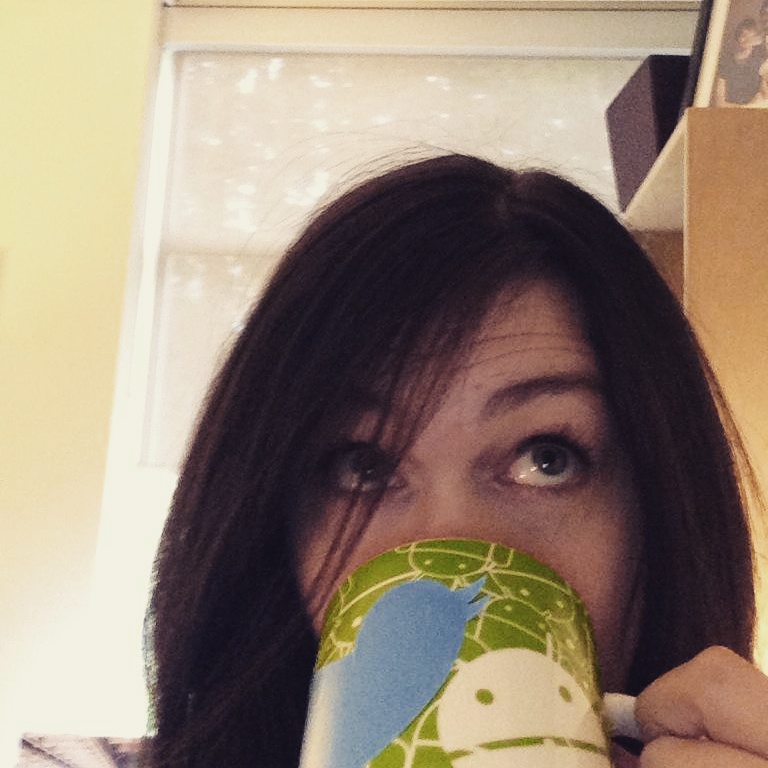 The first time I stumbled upon Fundraiser Grrl I thought two things.

1) I can’t believe I just spent an afternoon scrolling through this! THIS IS THE BEST DAY OF MY LIFE!

2) I really wish that I knew this woman in person.

Over the past few years, I’ve been privileged to get to know Rory Green through Twitter, through following her activity in the field, over breakfast last fall, and mostly through reading her writing online. She is, without a doubt, one of my favourite people ever. At once, she is both an old soul and a shit disturbing youngin’ — the absolute coolest kind of person.

This jam has been in the works for a long time now. We were set to meet in the fall, but meetings pulled us in other directions. Then again in the winter, but an illness kept us apart. Then just a few weeks ago, we were set to go, but I literally set my oven on fire while baking a birthday cake. All of this told me that whenever this conversation would take place, it would be epic.

And it was. I couldn’t stop thinking about it for days afterwards. And when I finally sat down to transcribe and compose our conversation, it flew from my finger tips to the screen. I actually broke a sweat.

I can’t begin to express how pleased I am to share this with you. Thank you, Rory. You inspire me endlessly.

You’ll find both at the $50 a head breakfast presentation. Here we will all sit, pale-faced, gnawing on crusty red goop filled Danishes, sipping shit coffee from white china cups, staring at a PowerPoint presentation, while a seasoned grey-haired consultant delivers from his pulpit his flawless opinion on canned giving, rather PLANNED giving.

Forgive the slip up. It’s not that we don’t appreciate knowledge, experience or opinion. It’s just that we’re fairly certain that we’ve already been here.

Like the sound mushroom soup makes as it’s schlepping out of a can, it’s all too familiar.

Our faces turned white as ghosts in this hotel basement dining hall. Our laps covered in Danish crumbs. Same slide deck with the same Maya Angelou quotation. The same grey-haired consultant telling us his decade old formula for success in one of the most nuanced and delicate of professions.

Somewhere along the line we stopped listening. Not because we don’t want to listen. But because the déjà vu of it all has made us wearier than all the fluorescent lights and mid-morning post-pastry sugar crashes combined.

This is a big room. Or a small room. Or any room near you. We’ve all been in a room like it. And because of the wonders of technology, we’ve sat in this room together. And one day, you’ll notice another as fatigued as you. You make contact, side-eyeing in solidarity.

“Someone sharing in my pain!” you think. “How horrible!”

This sallow-faced stranger covered in croissant crumbs, and you, in a wishful attempt to gnaw off your own leg, with a massive hole burrowed into your only pair of panty hose. Neither of you are in this field to be frustrated or numbed.

You’re in this field because it’s absolutely the most inspiring place to be. And however we ended up here, we believe that ultimately we can do something to make a change.

You’re in this field because you recognize that the systems we’ve embroiled ourselves in as a society aren’t working the way we’re told they’re supposed to. And because of this, entire segments of our population are completely disenfranchised.

But we can’t change anything from within a system that won’t change.

Ladies and gentlemen, the non-profit sector needs to change.

And thankfully, change has begun.

It is no longer feasible for people who work at non-profits to pay thousands of dollars to attend events where the same circuit of speakers make their rounds year after year. It is also ridiculous to think that we are going to solve the same problems we’ve had for decades with the same opinions and ideas we’ve been listening to for decades.

Individuals and organisations have been challenging this system of sector bureaucracy in new and exciting ways.
Vanessa Chase of The Storytelling Nonprofit offered a week long free virtual conference, with sessions delivered by both big and up and coming names in the sector.

Mazarine Treyz of Wildwoman Fundraising is organizing a virtual conference about furthering your non-profit career, for the incredibly affordable price of $36.

BloomCon brought together three of the biggest names in fundraising… and Bloomerang opened it up to the public.

Bloomerang, Charity Village, and Network for Good (to name a few) offer free webinars on a regular basis.

Paul Nazareth, networking and nonprofit master extraordinaire, organises non-profit netwalks, where people in the field can get together for networking as they walk together.

Colludo developed the Playdate, which brings together a group of non-profit professionals to think hard, ask questions, and get silly.

Ms. Rupt, organised by Rory Green and Beth Ann Locke, is a community of women fundraisers who embrace diversity of thought, experience & opinion, disrupt the status quo, and work to move philanthropy forward.

These are just a handful of examples of the incredible, sideways, non-conformist action which is starting to rumble and roll, just below the surface of our sector.

Important conversations are happening, away from fluorescent lights and rubber chicken luncheons. And anyone can make these things happen, simply by committing to speak, to listen, and to act.

Embrace a little FILDI – Fuck it, let’s do it.

Like a scene from Quadrophenia, the disillusioned fundraisers have begun to congregate and disintegrate. We’ve embraced new ideas, bold thinkers, and wild practice.

But whether you consider yourself a Mod or a Rocker, we’re still all in a system that mirrors a larger, more fractured system. At the end of the day, Ace Face is still revealed to be nothing more than a cog in the wheel we think we’re breaking down.

As universal and common sense as this saying has become, we still live in a society that hasn’t moved far beyond giving fish.

And this begs the question: what are we, as organisations and as fundraisers, doing to perpetuate that larger broken system?

In what ways does our system of philanthropy enforce, not break down, the belief systems which cause societal problems in the first place?

Donor love, for example, is a relatively new and exciting idea. It is about showing gratitude to those who give so they will feel great and hopefully give more. Being donor centric is about telling donors what they want to hear. It’s about making them feel like heroes.

But this doesn’t necessarily make change.

When you give $25 to feed the hungry, you aren’t actually solving the problem of hunger. But donor centricity celebrates this act regardless. They want to feel great about their gift. And we want to make them feel great.

This makes us ask a lot of questions. It makes us feel at odds with fundraising. Donors want and need a certain thing, but it doesn’t get to the root of the problem.

Another day. Another fish. Another man fed. Another donor thanked.

And to what degree are we reinforcing this cycle?

To what degree are we contributing to these philanthropic opiates – a world where we remain asleep to the fact that feeding the hungry doesn’t actually solve the systemic issues of hunger itself?

How do we wake ourselves and the masses, when it feels like the philanthropic systems we’ve created only further contribute to a world more content to remain asleep?

In safe spaces. With a variety of voices, asking the kinds of questions that dissect rather than sustain the status quo. From 2000 feet in the air and right down in the weeds. Without the typical short cuts and short-sightedness we all too regularly use in our decision making.

If we truly want to change anything, we must learn to question everything.

And accept that the best answers might not always be our own.

Let us each commit to waking up and listening.

Your email address will not be published. Required fields are marked *